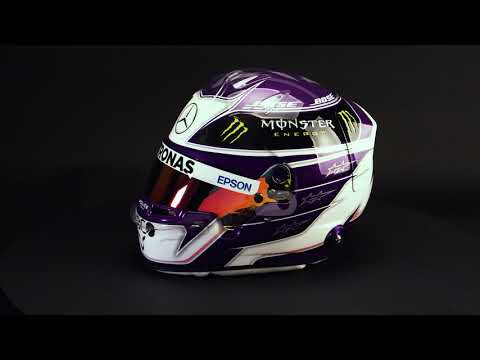 Calling TeamLH! Own this impressive full size official replica of Lewis Hamilton's pre-season testing helmet, due to be worn at the Australian Grand Prix.

Due to 2020 circumstances this helmet did not get worn at the aforementioned race, but is a fantastic way to celebrate the driver's 2020 journey, from a six-time World Champion to a Seven-time World Champion - this replica helmet tells a great story.

Making history in 2020, Lewis broke the race win record, as well as claimed his seventh Title, an achievement only Michael Schumacher had previous boasted. Now sitting on par with Michael, Lewis is considered one of the most successful F1 drivers ever!

Featuring Lewis' chosen design from the start of the season, this striking helmet recreates the actual one worn by Lewis. This helmet has been created by Bell Helmets.