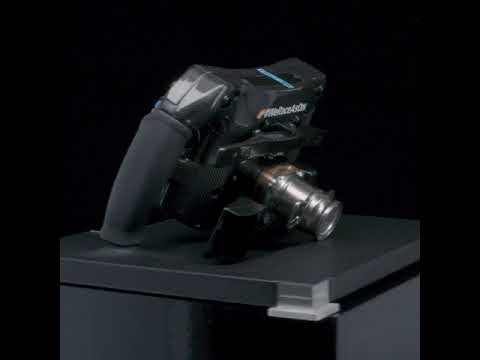 The definition of domination and excellence, the Mercedes-AMG F1 W11 EQ Performance car rose to glory like its predecessors during the 2020 FIA Formula One World Championship, with Lewis Hamilton and Valtteri Bottas behind the wheel.

Helping Mercedes-AMG Petronas Formula One Team claim its seventh Constructors' World Championship title, the W11 was the epitome of speed.

The W11 also accompanied Lewis Hamilton as he broke several records in 2020. Overtaking Michael Schumacher's victory record, plus tying with him on seven World Titles, Lewis is now the most decorated driver in F1 history - which makes the W11 even more symbolic.

This fine model recreates the iconic steering wheel Lewis Hamilton used at full 1:1 scale, replicating every detail, from the buttons, to the paddles and screen. This steering wheel is an incredible way to pay homage to the reigning champions, as well as Lewis Hamilton himself who is currently competing for his eighth Championship in 2021.