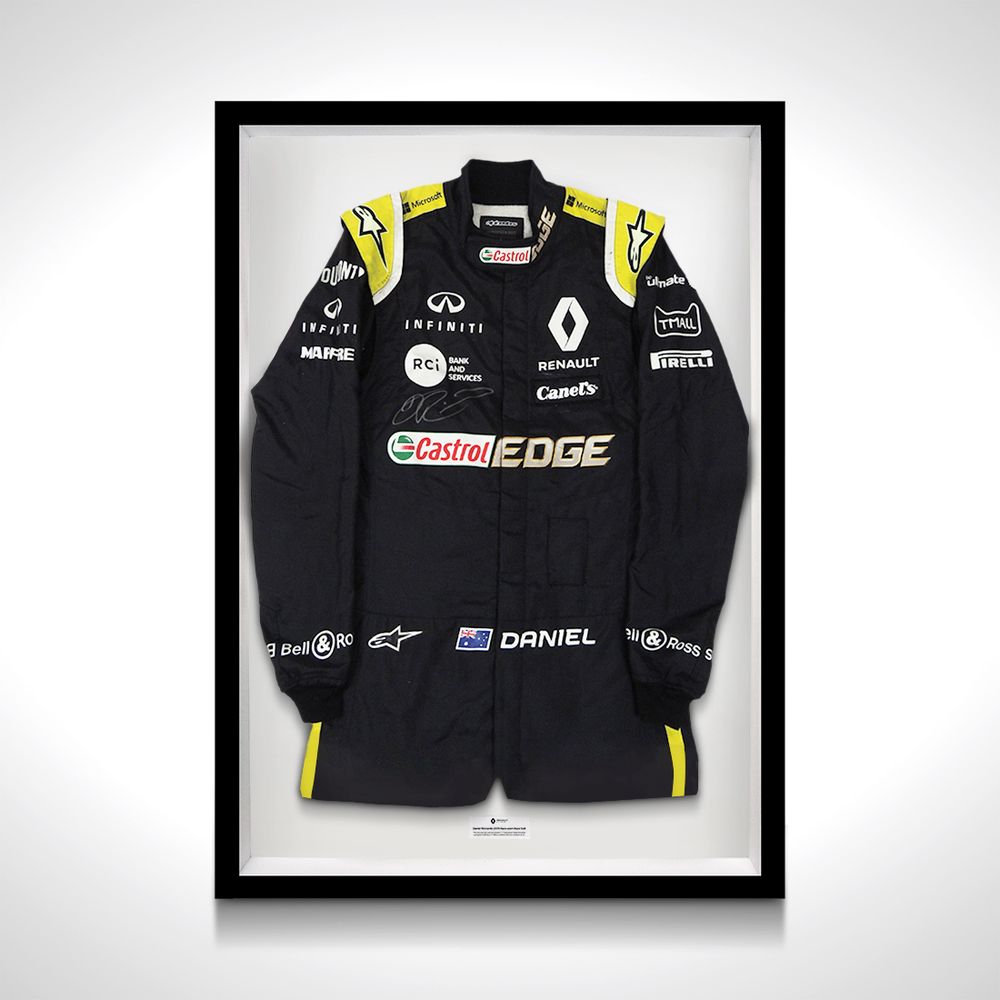 A popular driver on the grid, Daniel Ricciardo fanatics have the opportunity to own this exquisitely presented race suit, which was worn at th﻿e 2019 Canadian Grand Prix and has been signed by the driver too.

The Canadian Grand Prix was a great weekend for the Australian driver, who finished in sixth place driving for Renault F1 Team, his highest finish at that point in the season. Speaking after the Race Daniel said; "To be honest, I'm pretty happy with that. From my starting position, I knew the race was going to be more of a defence than an attack."

"I think in the end to beat one of them with sixth and seventh was strong. Probably the most positive thing was holding off Bottas for so long and just being in that fight with the Mercedes for a few laps. That was cool."

The 'Honey Badger' went on to claim two more sixth places finishes as well as 4th in the FORMULA 1 GRAN PREMIO HEINEKIN D'ITALIA 2019.

Ricciardo joined Renault F1 Team at the beginning of the 2019 FIA Formula One World Championship™, having made the move from his former team Red Bull Racing.

This race suit features the team liveries of the 2019 season as well as sponsorship branding and comes professionally framed with a certificate of authenticity.

Please note: All auction items will include an Admin Fee of 5% of the winning price which will be added to the total when taken to checkout.

Scroll to right for more details

What is Auto Bid Extend?

The Auto Bid Extend feature ensures that bidders will always have a chance to challenge bids placed in the final seconds of an auction. When indicated on a listing page, if a bid is placed during the last 5 minutes of an auction, the auction will automatically extend for an additional 5 minutes from the time of the latest bid. The auction will close once all bidding activity has stopped for a period of 5 minutes.

NOTE: Current Bid Amount and Countdown Timer are not "live." Click Refresh to update them or to see if the auction has been automatically extended by a last minute bid.

Real Time Bid Refresh is no longer active on the site