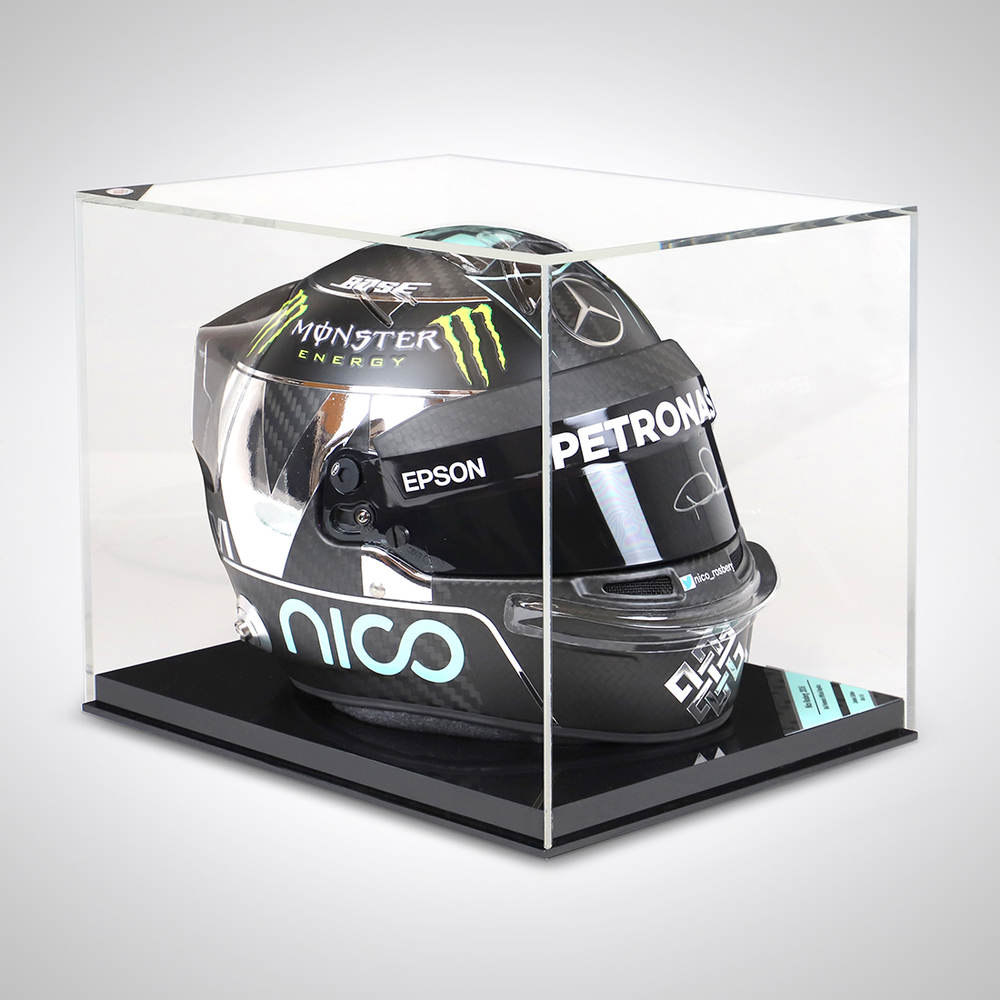 "It's a childhood dream come true… Thank you for everything." Nico Rosberg commented after being crowned the 2016 Formula 1® World Champion.

And now you have the chance to celebrate the driver's racing career and success with this excellent full size (1:1) BELL replica of the helmet he wore during his winning season, signed by the champion himself.

The Championship didn't come easily, however. The 2016 season featured a constant battle between Nico and his teammate Lewis Hamilton, who had won the title the previous year.

Following in the footsteps of his racing driver father, Keke, who was also a World Champion, Nico had his sights set on the title. With Hamilton leading the Abu Dhabi Grand Prix, Rosberg needed to finish third or above to grasp the title.

Despite a surge of speed from Sebastian Vettel, Rosberg managed to hold off his fellow German to clinch second place and in return, the Championship he'd longed for.

The 2016 season was also significant as it marked Nico's final season in the sport, with the driver choosing to hang up his race gloves following his Championship win, claiming: "I have climbed my mountain, I am on the peak, so this feels right."

This helmet replicates the helmet the Champion wore during the 2016 season, featuring the chosen designs and sponsorship branding, as well as his name on the side.
The perfect collector's piece, this helmet is one to really show off.

The helmet comes with a certificate of authenticity.

Please note: All auction items will include an Admin Fee of 5% of the winning price which will be added to the total when taken to checkout.

Real Time Bid Refresh is no longer active on the site

Want to keep up to date with our latest auction items and discover the story behind each piece of racing memorabilia? Sign up below to opt in for subscription emails from F1 Authentics and be among the first to hear about new launches!